Dr. Chambers is a general dentist at Driftwood Dental in Smithers. 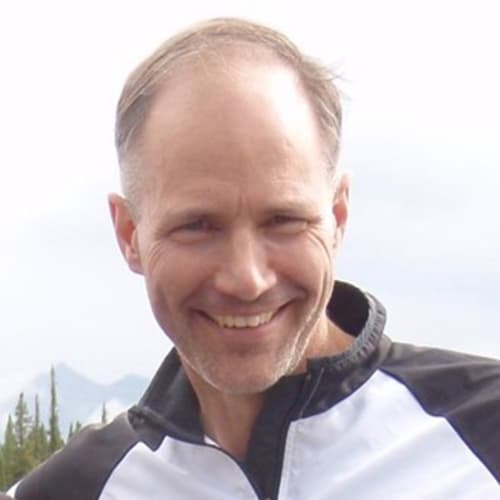 Dr. Kirk Chambers was born in Vancouver, B.C. and completed high school at University Hill Secondary School in Point Grey, Vancouver. After completing High School, Dr. Chambers enrolled in Aviation Technology at Selkirk College in Castlegar B.C. After obtaining his pilots license, Dr. Chambers worked as a commercial pilot for 6 years in the Canadian north where he discovered that he would like to pursue a more academic career.

In 1997 Dr Chambers took over the anaesthetic practice of Dr Kay Burnham in Edmonton, Alberta. Dental Service Group, as it is now called, continues as a private surgical dental facility in the Edmonton area where Dr Chambers continues to practice as the senior dentist. When Dr. Chambers is not at work in Edmonton, he can usually be found off on a working or recreational adventure!

When not working, Dr Chambers is an avid backcountry skier and cyclist and divides his time between Edmonton and Vancouver with his wife, Jeanne and their two dogs, Piper and Wes.

Looking for a dentist in Smithers? We're happily accepting new patients at our dental clinic! Contact us to get started.